Bill Looks at The Burbs in Portland

Wendell Cox from Demographia just posted an interesting story about the effect of their ‘urban containment’ policy. The result, according to Cox, is more people fleeing to the suburbs and home prices increasing exponentially. This is a typical Drive ‘Til You Qualify scenario. For example, 15 percent of Portland workers now travel from Clackamas, Multnomah and Washington counties in Oregon and Clark County in Washington. This is up to an 85-mile commute! Another fact by Cox: 98 percent of the growth has occurred in the burbs. The attractive inner city developments, like the Pearl District, do not provide for the economic needs or wants of most people, as the population trend data indicates. Few households are drawn to buy less than one-half the space they want at nearly three times the price per square foot they would pay in outer suburbs, like Forest Grove, Wilsonville or Hazel Dell.

Am I sensing a boom in Pierce and Thurston counties? 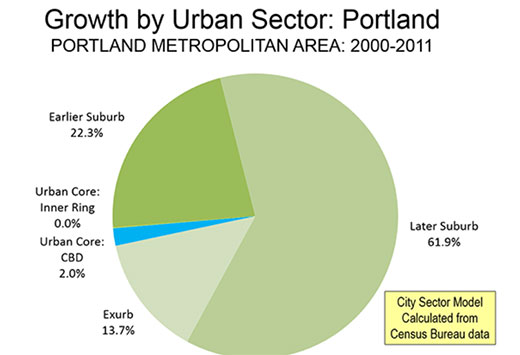 We all know the web is driving a lot of traffic to our industry, but which portals are getting the most action? Below are some numbers our online concierge, Colby Holmstead, compiled that I thought were interesting. Colby verified his findings on www.alexa.com. ‘Bounce Rate’ refers to visitors who leave the site after just one page. Auction.com surprised me a bit, but maybe its numbers will go down as more distressed properties are sold? Just a thought.

All of these portals get their basic data from various multiple listing services across the country, so it’s important for agents to take extra special care when creating their listings on the MLS.