Last week’s NWMLS press release was filled with some great quotes. Let’s run down a few:

Basically, we’ve seen prices level out and some inventory is spending more time on the market. Buyers have the ability to make choices again and Sellers are re-adjusting to life as it once was. Inventory and prices are both up year-over-year, but there are ongoing concerns about affordable inventory and the rise of interest rates. Overall, it was a positive report heading into the holiday season.

Speaking of the Holiday Season, I would like to take this moment to say I am thankful for the Grace bestowed upon my family and me, and I wish that same grace be bestowed upon you this holiday season. So, from my family and the entire family here at TeamBuilder Worldwide Headquarters (HQ1), we wish you a very Happy Thanksgiving and continued blessings for this year and for many more to come. 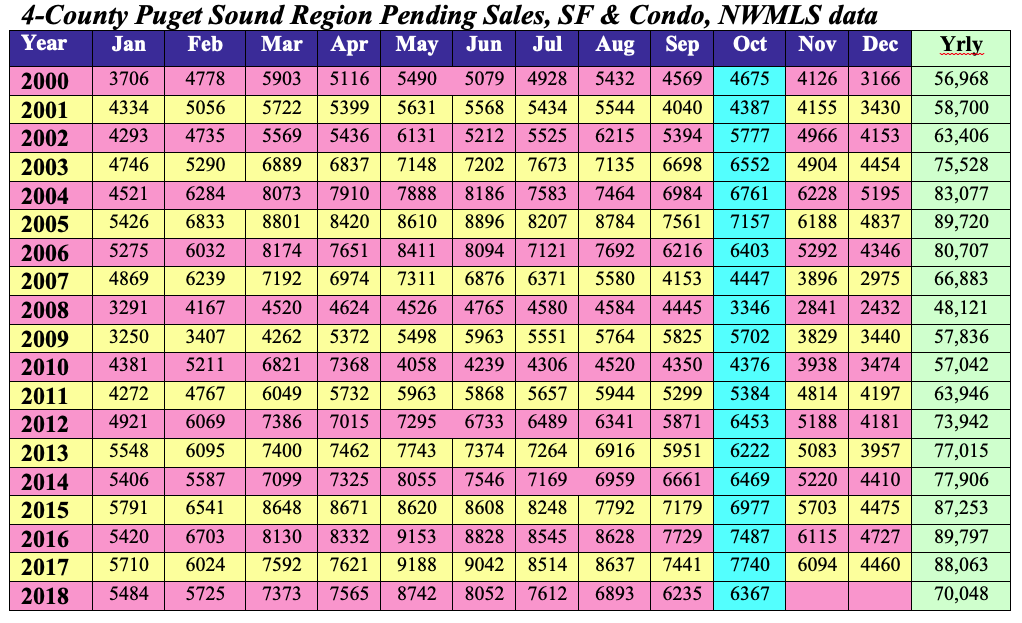 Amazon finally made the announcement the country has been waiting to hear. HQ2 will be split between two locations, New York and Virginia. For the cities in the running to be chosen, I’m sure it was a tough pill to swallow after working so hard to lure the business. Around here, I think it’s a relief to hear the final decision. Not only do our current Seattle Amazon workers have a clearer picture of what their own future holds, but also Seattle remains the larger focus of Amazon’s attention and hiring here should continue.

It has also become evident Amazon used this process to gain a ridiculous amount of data about the 238 prospective locations for basically nothing. Information about residents’ lifestyles, education, infrastructure, local governments, tax structures, etc. was handed over in the hopes for a piece of the pie. It’s a very smart move, which will certainly guide how they do business in the future. The above article also states, “An Amazon representative said the company will not use any data from cities to target customers for products or advertisements.” Color me a little skeptical on that one.